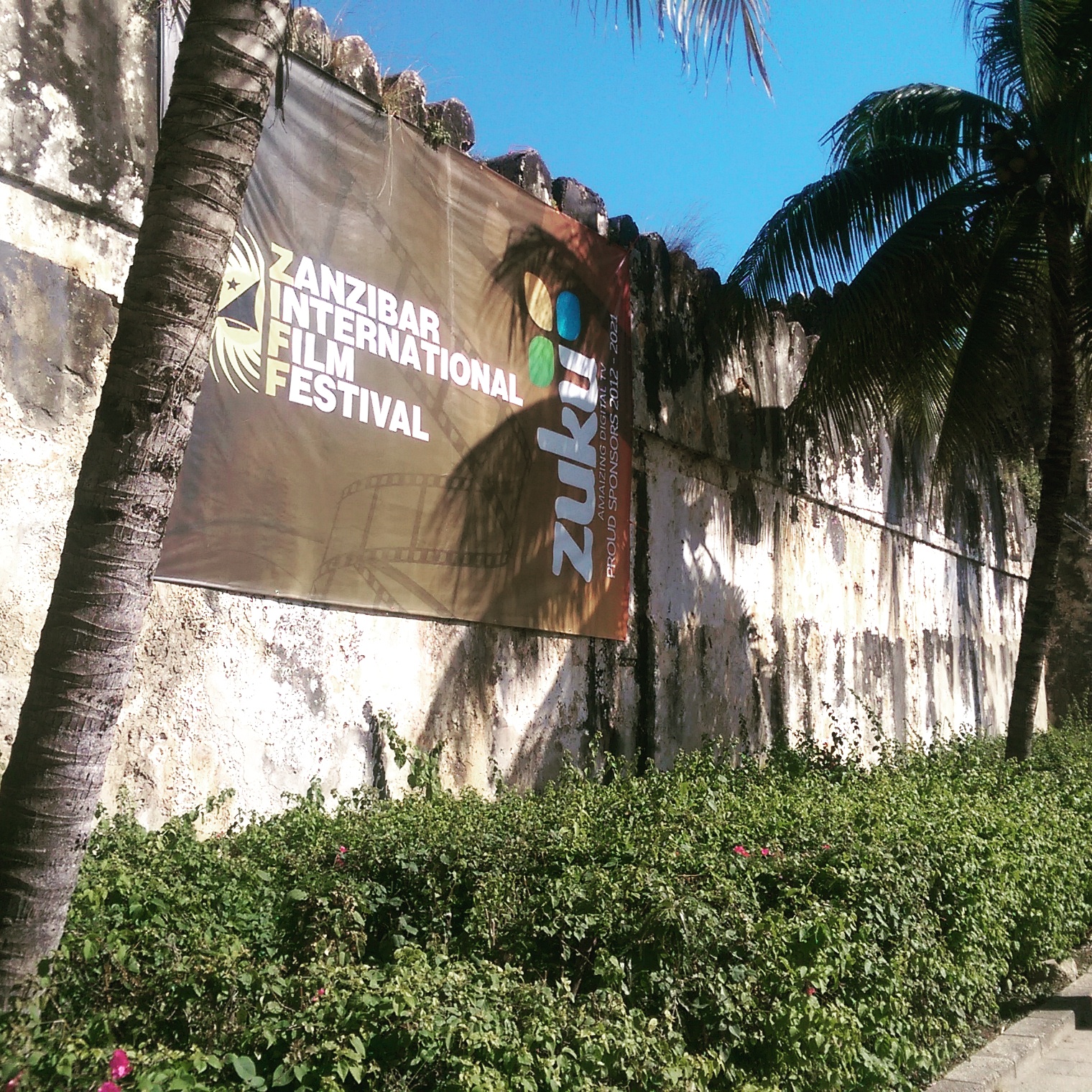 I’ve never considered how deeply steeped in Western culture screenwriting is until I had to teach it in Swahili. Seriously yo, by the end of the day my brain is thoroughly fried trying to find ways to explain “the inciting incident” and “character patterns” and goodness knows what else that just doesn’t have an easy translation. It feels limiting.

Its so interesting to see how strong the pull is for my students to write “issue-driven” films, some with the most non-believable and overly dramatic scenes and plot lines. And when i suggest that the plot is suffering from the ultra-dramatic and non-believability, they worry that the story won’t be good without it. It’s everywhere. I’ve watched several films at the festival with the same flavor. The melodrama of a Nollywood film combined with the overly-patronizing finger-wagging of a 50s educational film. It’s rough people.

The politics is that the way that many East African filmmakers are getting money to make their films is from NGOs, and the jobs tend to be “issue driven” stories that the NGO will use as a teaching tool for whatever constituent they are funded to reach. Yay for the use and employ of film and filmmakers, but a big BOOO for how limiting and creativity-murdering these projects are. Everyone is a caricature and stereotype, every woman is meek and waiting for some male and/or foreign savior to come rescue her from Female Circumcision, Battering Husbands,Evil Aunties, Conniving Neighbors, Fistulas waiting to happen…you name it. All the men are irrational and angry for no reason, and if their egos are challenged in the slightest, they will go off in a blind rage, raping, beating and burning anyone (any female really) in their wake. It’s outrageous.

I’m actually really afraid of what this NGO culture is doing to our collective psyche and how we think of ourselves. The choices are extremely limiting as to how we are portrayed. I’ll go as far as saying that many of these images are oppressive.

Is it impossible to Non-Governmentally support developing countries AND offer ideas and images that convey hopefulness and empowerment? Is that too much to ask?

Not to put all the blame on their doorstep, the other part of the problem (as is true in most of the Black film world everywhere) is the lack of diversity in story and representation. The dreaded “Single Story” that Chimamanda Adichie so brilliantly explained in her TedTalk some years ago. (Watch here if you’re unfamiliar.) There needs to be more funding sources made available – including equity investors…yes rich African people, I’m looking at you! – to balance out what we’re feeding ourselves and our children. Right now, all the “farming” is being done by one cassava farmer, and as we all know, a diet solely based on cassava will mess up your figure and your health pretty quick.

The current not-for-profit film fund model is killing us. Let’s start figuring out ways to make a profit from this so we can change the story up.