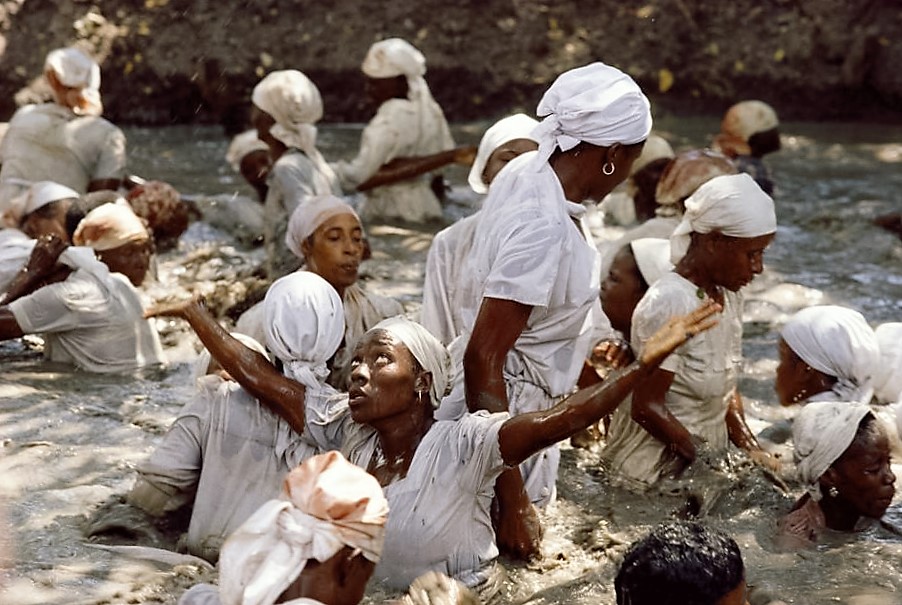 So Charlottesville and the KKK. And Barcelona. And any number of non-Western countries going through all sorts of political shit and bigotry right now. And eclipses. And capitalism. Just all of it. It’s beyond exhausting. I’ve never dreaded logging onto social media as much as I do now.

I saw a series of tweets this week saying, “If you ever wondered what it was like to live during the Civil Rights movement, you’re living in it right now.”

That made me think about all the similarities and differences between then and now. How many more White people are standing with us now as opposed to then, for example. And the power and influence of social media and 24-hour news now vs. then.

So coming off of a fabulous Black Star Film Festival where hundreds of beautiful and talented Black artists congregated to share our work and discuss strategy and how to self-care while we make this important work, it made me think about the ancestors whose times we’re comparing ours to. How in the world did they self-care? Aside from medical/physical care, what about the mothers, fathers, brothers and sisters who watched in horror as their comrades were being attacked brutally by police and dogs, spat on, hosed down, lynched, murdered…what did THEY do to keep their spirits high, to keep from shutting down or running to Canada (was that even considered safe in the 50s and 60s?) or whatever.

I guess that’s what religion was for. Less to do with White Jesus and more to do with a safe space to connect; touch each other, console and uplift each other. And then music. The church choirs that bore almost every important Black singer that can be thought of; a place where they could belt out their feelings. And then Dancing and Catching the spirit. The preacher’s sermon; Poetry. Black literature.

Essentially my people have used  – and continue to use –  ART as a way to self-care and self-heal. Okay, so that’s not news to me, but it still feels so intimidating to think about what one can say or express in this climate that won’t position us as victims, but rather as victors.

What words, movement, action or melody can I share that will help to inspire, embolden and recharge myself and my people?

I met a fabulous and superbly-talented sister, Adepero Oduye at Black Star and as we bonded over my vial of tumeric powder (self-care ya’ll!) she invited me to her amazing Annual Scavenger Hunt. I can’t explain the power of being together with 45 other black folk, running around New York City for an entire day just playing. Hopscotching, high-fiving, and water-balloon fighting. And you’d best believe, at every plaza we gathered at, nearby security always came scuttling out to see if we were about to start a riot. But the look on a Black elder’s face in Harlem as she saw 45 grown-ass Black people hopscotching on pieces of newspaper across the Adam Clayton Powell plaza was absolutely priceless. It was our way of shaking off the stress, of releasing from our brains and bodies for just one day, in the safe presence of our comrades who had our backs. A space for us to just be human for a moment, and reboot so that we could go out the next day to fight this war that we’re fighting.

Black people are powerful and our expression is powerful, and when given enough space, we are able to remember the tools that our ancestors passed down to us on how to self-care. Regardless of whether we came here voluntarily or forcibly, we all came equipped. We know how to move, to clap and stomp, to holler with sorrow or laughter, to touch and connect, to feed eachother. It’s in-built.

We ALL need self-care like never before, and I know for myself and for many other brilliant artists worldwide, we are working HARD to make sure our people are getting the nutrition, the uplift, the encouragement, the spiritual care and the fun and loving connection that they need to keep fighting. We’re here. We’re not just hitting “like” and “retweet”, We’re taking notes, we’re making plans. We’re owning our stories and telling them from our point of view as the victors.

To all of us fighting out in the virtual or literal streets everyday: WE’VE GOT YOU. And our ancestors got you too. It’s in-built.