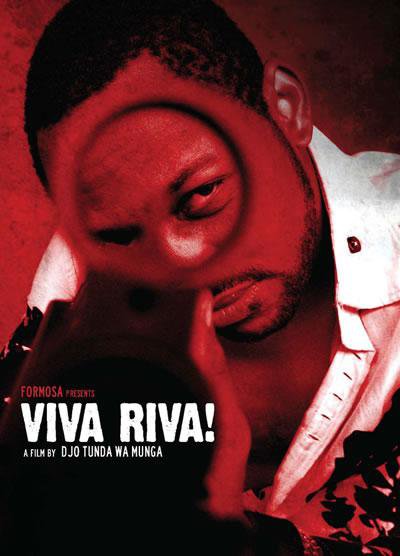 So Friday night was the New York premiere of the highly acclaimed, highly anticipated, and award-winning Congolese film “Viva Riva!” by Djo Tunda wa Munga, and boy what a treat that was!

Alright, I’ll get right to the point: this film was violent and SEXY! And as exciting as that was (it was so awesome watching the lady in front of me reacting to this screening. I mean she was screaming in fear and pleasure the whole way through!) it was more than just sex for sex’ sake. It was purposeful. AND it was female-centric.

The lead character, Riva (played by the very talented newcomer Patsha Bay) was a sort of Congolese James Bond in his demeanor: bold, bad and doesn’t give a fuck. Doing his thing, not afraid to get a little dirty or bloody, and always finds time to seduce a beautiful (and initially reluctant) woman in the midst of explosions and such. But unlike Bond, this dude was a seductress and that’s the part that I found interesting.

Considering the reputation that our African men get for being very one-track-minded and self-centered when it comes to matters between the sheets, I think Riva held it down for alot of our brothers out there! Where else in the history of African cinema have you seen an African brother STARTING OUT by giving his woman head? Need I say more?

During the Q&A, someone was concerned about the sex and violence and felt that it didn’t give a positive message or image of Africa and I thought the actors’ response was very insightful and well thought out. He said that the violence and “rawness” of the film represented the angst that many Congolese people carry within on a daily basis. For a country that’s been at war for decades (pre, during, and post colonialism), there’s an anxious energy that exists in Congo as a regular staple for most. What he strived to accomplish as an actor was only to express that angst in the best way possible, sometimes through sex and sometimes through violence.

Congo isn’t known to have any kind of recognizable film industry, but they managed to churn out something very convincing here. I left that screening feeling really excited, because it showed the kind of potential that exists on our continent despite all forms of setbacks. And yes, a large part of the crew were foreigners who shipped in to film it, but how many times have we seen beautifully filmed rubbish in the theaters? Foreign crew doesn’t automatically mean great film. Foreign or not, a team was created here that managed to accomplish a monumental feat; I imagine thanks to solid leadership, solid financial and other support, fabulous casting, and fabulous crewing.

Despite the lack of formal training in Congo, the team figured out how to make something that was totally slick and engaging. Despite decades of war and struggle, the team managed to figure out a sense of humor. And despite the machismo and incessant violence towards women , the team figured out a way to express closeness and human connection without sugar-coating or downplaying the current circumstances. Those are all major victories worthy of acknowledgement.

I’m proud that Djo figured it out, because it encourages all of us to push that much harder past whatever issues our industries and countries face to make something that is both beautiful and brazen. It encourages us to only focus on showing our true selves and trusting that our humanity will shine through regardless of the press and packaging that our countries and industries have taken on (or been given.)

The struggle truly continues, I’m honored to have witnessed it! Aluta Continua and Viva Riva!